The cost of getting back a Lost Dog

A DOG owner forked out almost £160 to retrieve her ’lost’ pet, which ran off for only a few minutes.

Anne Dowsing, of Teignmouth, has branded the charge levied by a kennel, which looks after strays, as ’disgusting’, and claimed: ’I was warned that if I did not pay up, my pet might be kept and probably re-homed.’

She likened the kennel stance as ’just like car wheel clampers.’

Mrs Dowsing wants to alert other dog owners in the area to the high cost and emotional upset that can follow if a pet goes missing, however briefly.

Her troubles began when Shadow, a three year old retriever, went missing from their home in Higher Brimley Road early in the evening.

’She has never done this before, and we knew she would not go far. The family scoured the streets, and we discovered she had been found about 20 minutes later not far away, by the railway station. 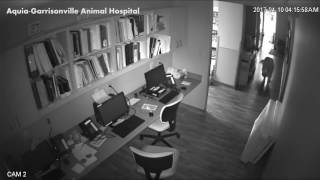